Creativity and Imagination are essential to Learning AND ESPICIALLY Math

We are so inspired by this blog post by Scott Noppe Brandon.  The post in its entirety is below, but i am especially struck by Shelly Carson's quote 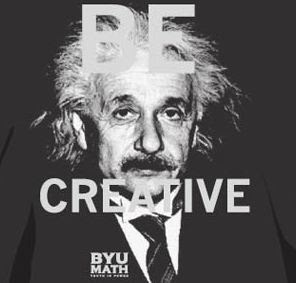 Math is a beautiful lens to view the world through, some of the most gifted artists, saw the world mathematically.  Musicians, photographers, painters, architects, writers, poets, incorporate elements of math into the creation of their art.  They use light ratios in photography, scales and cords and measured beats for rhythm in music and poetry and measure and metrics are essential for painters and architects.
We must help our children be able to piece together information and knowledge so they can become the innovators of tomorrow.  Mathshapes Go Figure helps children to SEE and THINK math in all sorts of situations....!
You Say “Creativity,” I Say “Imagination,” Let’s Not Call the Whole Thing Off

In a July 20 piece for The Huffington Post called “Creativity in the 21st Century,” Harvard research psychologist Shelley Carson writes about the urgent need for creativity in the globalized, technological, rapidly changing world of the 21st century. The starting point of her discussion is one of the conclusions reached at the recent G-20 summit in Toronto: “in order to attract investors, nations need to provide ‘an environment that promotes creativity.’” She goes on to talk about the role of creativity in different areas of life, some of which are particularly interesting to me because Eric Liu and I don’t deal with them in our book, Imagination First. These areas include the search for a job during an economic downturn, the quest for a mate in a new social landscape epitomized by Facebook, a parent’s task of instilling values in increasingly media-saturated children, and the modern struggle to manage one’s time and maintain one’s sense of balance. Carson asserts that creative thinking is crucial to success in each of these cases.


Reading the Carson’s arguments, I couldn’t help but think that these scenarios are inextricably bound up with imagination as well as with creativity. The two terms are, after all, often used interchangeably in contemporary discourse. Carson concludes with a “creative tip” for all of us: read about a variety of topics and increase your interests, because “[t]he essence of creativity is the ability to combine disparate bits of information in novel and original ways to form new ideas.” This is the very thinking behind the seventh imaginative practice in Imagination First, “Hoard Bits.” Whether we choose to think in terms of “imagination” or in terms of “creativity,” we must remember that what’s really at stake here is a way of life characterized by courageous openness to possibility.
Posted by MathShapes:Go Figure! at 6:58 AM 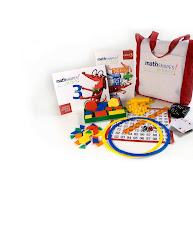